Kevin Hoeflich, chairman, toll services, and senior vice president for HNTB, explains how the US toll industry is making significant strides toward realising its goal of national interoperability.

In 2010, a cartoon about toll interoperability in Europe depicted a smart car sporting 11 transponders. US toll industry executives took one look at the image and said, “Can we do better?”

In fact, they believed national toll interoperability could work similarly to how people use cellphones: Customers have one device. They can use it anywhere. And, they have a single account from which to pay their bills even though there are multiple service providers.

With tolling, any vehicle equipped with a single transponder or other device would be able to use almost any toll road, lane or facility in the continental United States and pay one bill. It would be a seamless experience and much more convenient. 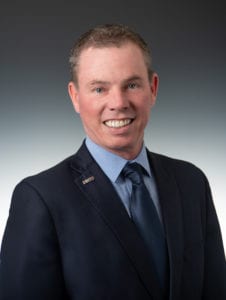 Achieving the vision would not happen overnight. It would take time, resources and cooperation across state, local and agency jurisdictions.

Are we there yet?
Toll programmes are detail-oriented ventures that demand proper execution. A toll implementation plan gives the programme the attention and guidance necessary to succeed, laying out the roadmap for owners from planning to toll collection.

Is the US toll industry there yet? No, but we’re getting close.

Regional hubs take root
Since MAP-21, the toll industry has rolled out interoperability regionally in a controlled, meaningful way, consistent with each agency’s business practices. To date, four major interoperable hubs have emerged:

Out West, California, Nevada, Oregon, Utah and Washington are planning to work through a single hub managed by the Transportation Corridor Agencies (TCA). The TCA is doing the final stages of planning to connect the western hub with other regions. Implementation should happen within the next year or two.

Now, the regional hubs are becoming interoperable with each other. For example, the Central Florida Expressway in Orlando reads EZPass transponders, which means customers of the Interagency Group can drive on CFX facilities and their transponders will be read. Conversely, CFX customers now can get an E-ZPass Xtra toll transponder that works at all toll agencies in Florida, Georgia, North Carolina, the Northeast IAG states and Illinois.

As soon as the Southeast and the Central hubs become interoperable, the toll industry will have achieved critical mass. HNTB predicts that will happen in the next three to five years.

A process develops
When the idea of interoperability was first launched, no one was certain of where to start. Today, there is a process. The steps can be complex, time-consuming and costly, but as toll agencies complete them, the following best practices and insights are emerging:

• Funding and timing: Toll interoperability requires time and resources. The necessary equipment is costly — in the millions of dollars — and implementation must be planned for and timed appropriately.

License plate data and customer account information are not always accurate or readily transferrable between states. That, too, must be worked out. Further, participating toll agencies need strong collection enforcement rules, such as having the authority to place vehicle registration ‘holds’ and/or place points on drivers’ licenses for nonpayment.

• Systems, policies and business rules: After a customer is identified at the roadside tolling point, an interoperable toll transaction needs to be communicated between the agency whose facility incurred the transaction (the away agency) and the agency at which the customer has an account (the home agency). To achieve this, agencies in separate states, operating under different business rules, must be able to communicate with one another by coordinating their business rules, back-office systems and financial settlement policies. 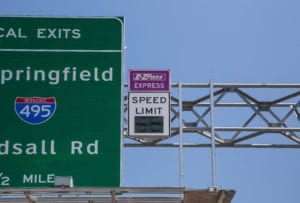 • Collection: Use of a clearinghouse is growing in popularity as multiagency interoperability expands. Clearinghouses relieve toll agencies of administrative burdens. They receive, sort and match each toll transaction with its corresponding home agency. The clearinghouse then coordinates the exchange of transaction information.

With several major regions already combined, or in the process of combining, this trend is one to watch.

Toll agencies may want to consider the following before entering into a clearinghouse agreement:

– Because maintaining quality customer service is vital to the toll agency’s success, owners will want to ensure any agreement provides the right balance of individual customer service and centralisation.

– Will the system’s life cycle or operations contracts expire in the next few years? If so, now is a good time to consider centralisation and plan for the next generation of technology and equipment.

– To help decide if participation is a good fit, owners may want to ask for lessons learned from those already participating in a clearinghouse.

• Customer communications: Customers need to know they can use their toll accounts at out-of- state toll facilities. Branding interoperability through roadside signage — displaying the logos of E-ZPass, Sun Pass, FastTrak, etc. — is the most common method for promoting awareness.

Similar to consumers making a purchase at a store and having a variety of ways to pay — Visa, MasterCard, cash, American Express, Apple Pay, etc., so, too, will toll agencies be expected to accept multiple payment platforms as well as third-party smartphone applications. New apps being piloted allow users driving on a toll facility with valid accounts to pay tolls with their smartphones, as long as the phone and app are turned on.

The Washington State Department of Transportation’s test of cellphone radio-frequency technology as transponders successfully recorded 98.9% of all attempted reads.

Considering the ubiquitous nature of smartphones, this approach should continue to prove out.

Understandably, toll agencies hesitated to take proactive steps toward interoperability until they could make a safe investment in the right equipment. Otherwise, owners envisioned spending millions of dollars on one type of transponder technology only to see the rest of the industry go a different direction. No one wanted that. So, many agencies waited on testing, research or others to make the first move. Meanwhile, the IAG states, which already regarded their E-ZPass technology and business rules as the standard for interoperability, advocated for their system.

Today, preferred toll transponder technology is emerging. Most toll agencies have settled on the tri-protocol reader and inexpensive 6C sticker transponders. There is no formal industry agreement that tri-protocol readers will be the universally accepted technology, but the International Bridge, Tunnel and Turnpike Association and the Alliance for Toll Interoperability have endorsed them.

To capture a vehicle without a transponder, most agencies also have cameras snap images of the license plate as the vehicle passes underneath a gantry. Sophisticated software automatically reads the license and either charges an existing account or creates an invoice for the vehicle owner based on data available from the home state’s department of motor vehicles.

What’s next?
National toll interoperability will be the cornerstone of any future user-based fees. By leveraging their collective expertise to shape federal policy, US toll agencies could play a lead role in collecting vehicle miles travelled tax fees, should Congress decide to go that route in creating a new, sustainable funding source. If that happens, toll agencies could ensure their coexistence in a new world of revenue collection.

In the meantime, the US toll industry is making significant strides toward its goal of national interoperability. With regional hubs, a defined engagement process and emerging transponder technology, it won’t be long until customers can drive cross-country with a single transponder and a single bill to pay. We’re not there yet, but we’re getting close.