European electric bus manufacturer BYD has secured a fleet order for 10 of its eBuses from public transport operator, Tüke Busz Zrt, in the southern Hungarian city of Pécs.

The new fleet – the first electric buses in the city – will replace the firm’s current diesel-powered vehicles, with delivery scheduled for early 2020, and signalling the start of a longer-term whole-fleet conversion to electric mobility. 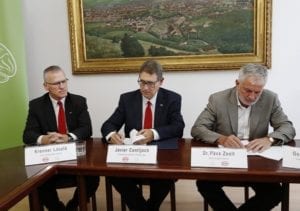 BYD’s 12m-long, three-door, low-floor eBus variant has a 300-km (185-mile) range on a single charge and the Tüke Busz Zrt fleet will collectively cover 900,000km (560,000 miles) per year – 10% of the company’s annual distance. BYD has also designed and installed charging infrastructure for the new fleet.

BYD embarked upon eBus field trials in Pécs five years ago and has since established production facilities in both Hungary and France. The new fleet of eBuses will be built at BYD’s Hungarian facility in Komárom.

Commenting on this most recent order, Pécs city mayor Zsolt Páva said: “We have taken a major new step towards the modernisation and sustainability of public transport in Pécs. I am confident the continuation will be similarly successful, which will help us with the electrification of the city’s public transport system.”