E-powertrain developer Equipmake has entered the final testing phase of its electric bus drivetrain with UK-based performance and durability development set to finish at the end of the year.

In-service trials of the vehicle will then begin in Q1 2020 by Brazilian commercial vehicle manufacturer, Agrale, which will launch the electric bus in Buenos Aires, Argentina in 2021.

The Agrale bus in testing is based on the MT17, a 12m single-deck model capable of carrying 70 passengers.

The vehicle has been designed to have enough range for one day’s running without the need for charging. However, a standard three-phase supply will fully charge the vehicle in around five hours.

Equipmake’s EBus system is modular and can be adapted to different bus lengths and vehicles, including a double decker.

Ian Foley, managing director of Equipmake, said: “We are very excited to be reaching the final phase of EBus powertrain testing ahead of in-service trials in Buenos Aires early next year. 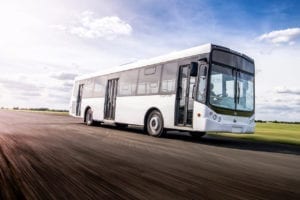 “The drivetrain has performed exactly as expected so far but as we complete our UK-based durability testing, our team of expert engineers will be making sure it continues to hit every target in order to fulfil its demanding application in Argentina.”

According to Foley, there are 16,000 buses in operation Buenos Aires, which are replaced at a rate of 1,000 models every year. He also claims that the global market for electric buses is around 300,000 vehicles per annum.

“Manufacture of Equipmake’s EBus powertrains is set to scale dramatically over the next few years, so much so that we will be moving to a new bespoke facility in Snetterton in the coming months,” said Foley.

“We expect to build 700 EBus drivetrains for Agrale in the first year of production but we are already seeing major demand from markets all over the world, making our new factory crucial to fulfilling demand.”