The Freight Transport Association has welcomed the draft Brexit agreement unveiled by prime Minister Theresa May on Wednesday night, saying it would allow continued frictionless movement of goods and maintain the integrity of the UK’s supply chain.

Presenting the draft agreement to parliament yesterday, May said “The choice is clear. We can choose to leave with no deal. We can risk no Brexit at all. Or we can choose to unite and support the best deal that can be negotiated. This deal.” 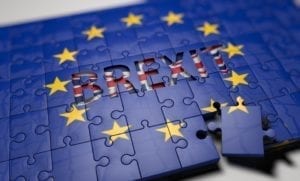 However, May’s ability to push the deal through has been compromised by a string of ministerial resignations, including Brexit secretary Dominic Raab and work and pensions secretary Esther McVey. Hard line Brexiteers in the Tory party have also called for a vote of no confidence in the prime minister.

Following a briefing on the proposed deal, FTA chief executive David Wells said: “The draft text seems to have recognised the vital importance of preserving the frictionless movement of goods and the availability of EU workers while a new permanent trade deal is negotiated. If so, we believe it is crucial that MPs understand how important these outcomes are to economy and the economic security and welfare of the country”.

The FTA argues that remaining in the Customs Union will maintain seamless transport of goods and services between the UK and the EU until a new trade agreement can be negotiated, while the protection of citizen’s rights, both in the UK and the EU, will safeguard the logistics workforce.

“A transition period, which FTA has been lobbying for, will enable Britain’s businesses to prepare for a seamless transition to new trading arrangements, without concerns over a cliff edge which could be disastrous for the supply chain.

“Today’s news is a decisive step in the right direction, and FTA calls on parliament to respect these crucial economic factors in deciding how it votes, to avoid a disorderly departure from the EU which could cause untold problems for manufacturers, retailers and exporters and protect the ability for Britain to keep trading,” it said.

CBI director general Carolyn Fairbairn said: This deal is a compromise, including for business, but it offers that essential transitional period as a step back from the cliff-edge.

“More clarity on the final relationship is needed, and uncertainty remains high, but this is an important step forward. Transition and the backstop are not the intended permanent solutions for either side, but should pave the way for more work on the future deal. This must secure frictionless trade, ambitious access for our world-beating services, and a say over future rules.

“The UK has had many months of discussion and division. A long journey still lies ahead but now is the time for decisions. And the first decision is to avoid no deal.”

The Road Haulage Association said it acknowledged the progress announced on a draft Brexit agreement between the UK and EU, saying it is an important step given there is currently no workable solution for EU-UK cross border road haulage by March 2019.

Chief executive Richard Burnett said: “Whatever the outcome of negotiations a transition period is essential – it would be catastrophic for the supply chain if we didn’t have one. We must have the time to put in place processes to allow lorries to continue to cross borders without delays.”

The UK Warehousing Association’s chief executive Peter Ward has called on members to contact their MPs and voice support for the Brexit deal.

“While recognising that the withdrawal agreement tabled by the Government is not perfect and includes areas of compromise, if this is the mechanism that allows us to get over the line into a transition agreement, we welcome it,” he said.