Nick Molden, founder and CEO of Emission Analytics / co-founder of AIR, believes more can be done to protect people from noxious gases from vehicles inside London’s Ultra Low Emission Zone.

London’s Ultra Low Emission Zone (ULEZ) launch back in April 2019 was indeed a step in the right direction in improving air quality in the city, delivering significant reductions in NOx concentrations. But is it stopping so-called ‘dirty diesels’ from entering the UK capital city?

London’s ULEZ scheme allows Euro 4 compliant and later, petrol vehicles penalty-free access to the centre of the capital while diesels must be Euro 6 compliant. These restrictions dictate that any vehicle travelling in the zone must emit less than 80mg/km of NOx but many Euro 6 diesels still produce much more NOx than the official limit.

Since its introduction, the ULEZ has had a positive effect on NOx concentrations specific to that area of London, reducing them by a third. It has also generated more than £40m in revenue since its launch.

However, the ULEZ doesn’t address the problem of urban NOx emissions in the real world and puts all its faith in existing regulatory standards. It’d do better to reinvest all that revenue into testing to ensure that only the vehicles that actually meet the required emissions standards are driving on our roads. 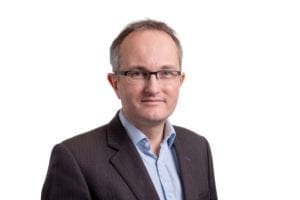 This issue isn’t unique to London and I believe that there can be a uniform way to use actual vehicle emissions, not just the laboratory standards, as the basis for policies bringing cleaner air quicker to everyone in cities across Europe.

Bristol has proposed to ban any privately-owned diesel car from entering its city-centre in 2021. The final decision will be made by national government and, if permitted, will prevent access to some of the lowest-emission diesel vehicles, whilst providing unrestricted driving to dirtier petrol-engined vehicles which have higher NOx emissions. The consequence of this ill-informed ban will also increase CO2 levels because diesel technology typically produces lower levels of the greenhouse gas than petrol.

A lot of Euro 6 diesels are extremely clean and can play a major role in cleaning up the city’s air, although around half of the pre-RDE Euro 6 diesels are not. By the same token, not all petrol cars are saints either, which further underlines the complexity of the issue and shows that low emissions zone can’t be based simply on fuel-based bans.

Effective policy should be based on science, rather than swinging between regulations that are too loose and those which over-react. Only when we are fully informed can we make the best decision. Ultimately, we will all benefit.

Want to learn more about the issues surrounding emissions and urban air quality? CiTTi Exhibition takes place on the 3rd and 4th of June at Coventry’s Ricoh Arena. Register your interest to attend at www.cittiexhibition.co.uk