Natalie Chapman, Freight Transport Association’s head of south of England and urban policy, explains the effect of growing urban populations on the logistics industry and how it can be prevented.

A study by the United Nations has estimated that two-thirds of the world’s population will be living in cities by 2050. Global demand for residential land in urban areas is skyrocketing, pushing the industrial land needed for warehousing and logistics to the outskirts of cities and beyond.

To accommodate the growing population in London, Savills has estimated that 66,000 homes a year need to be built in the capital city alone. And, despite 65% of the UK’s economy being driven by commerce, a Greater London Authority (GLA) report notes that residential values in London are estimated to be an average of 3.2 times higher than industrial land values.

This challenge is not exclusive to London; the same problem is occurring across all UK cities. Consequently, there is pressure from some developers to convert industrial land for residential use due to its higher value. And while this may be viewed as the right move by developers who are financially motivated, in the opinion of the Freight Transport Association (FTA), this is will provide an imbalance within the urban economy, preventing successful supply chains from operating and businesses from growing as a result.

There is a direct correlation between increasing urban population, and the rising demand for goods. Logistics must therefore be allocated sufficient space to support this increase and to service the growing population. 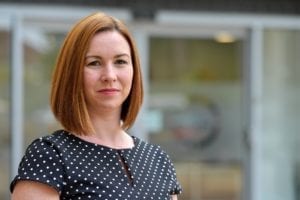 Natalie Chapman, head of south of England and urban policy at the Freight Transport Association

As a result of industrial – and therefore warehousing – land being pushed further out of cities, journey times and distances for those involved in the supply chain servicing the UK’s cities are increasing. To combat the challenge of delivering the same number of items within the same time frame, across a longer distance, some in the industry have reacted by putting more vehicles on the road. However, in congested cities, not only is journey time reliability impacted, but the solution is, effectively, dealing with the congestion problem by adding to it, thereby making things worse for residents as well as businesses.

In addition, the UK government has mandated that cities across the country implement air quality improvement schemes, such as clean air zones. These schemes are encouraging businesses to transition to alternatively fuelled vehicles, with EVs being the most common choice for the light commercial vehicle market. And while EV mileage ranges are improving, increased journey distances are one of the barriers to greater uptake. In FTA’s opinion, small pockets of land in the centre of our cities need to be safeguarded for micro-consolidation and EV charging.

One way to tackle the shortage of logistics land is to build upwards. Multi-storey warehousing is well established in cities where space is severely under pressure such as Tokyo, Singapore and Hong Kong. More recent examples have emerged in Germany and France although they have been slow to catch on in the UK. There is a multi-storey warehouse facility at Heathrow to service increasing numbers of international logistics movements. However, due to higher costs compared to single-storey facilities, the site took several years to become fully occupied. 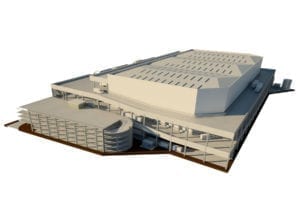 The proposed redevelopment of a six-acre plot in Peruvian Wharf, Silvertown, would see a three-storey 426,000ft2 inner city last-mile logistics hub for London, the first of its kind in the UK, built by Gazeley

Despite this, rising land values in London over recent years have resulted in a change to the business case and as a result, more proposals for multi-storey schemes are beginning to come forward. But this innovative warehousing solution comes at a cost and industry alone will not be able to shoulder paying the premium; it will filter down to increases in the prices of goods and services to consumers.

So how do we ensure the sufficient availability of land required by the logistics industry? The key way is to protect the land through regional planning parameters. Each council has a local plan, while in London there is an overall plan, currently in draft form, from which each borough co-ordinates its own strategy. These plans outline land allocation use in that area and, in the view of FTA, it is crucial that planners recognise the importance of protecting land allocated for urban logistics businesses. It should be seen as part of essential infrastructure for our growing communities.

In July 2019, the UK government updated its guidance to local authorities on overseeing housing and economic needs to include a dedicated section advising councils how to assess the need – and allocate space – for logistics. It highlights the industry’s need for significant amounts of land, as well as access to strategic transport networks and sufficient power capacity. And while FTA welcomes the government’s recognition of the strategic importance of land for logistics businesses in cities nationwide, it feels more can be done to protect non-designated industrial land to stave off the pressures on it from other uses.

Once land has been allocated elsewhere, it is extremely difficult to alter its use in the future. And, as anything that pushes up the running costs for logistics businesses ultimately affects the price of everything we buy, it is important to consider consumer costs at all stages. Moving forwards, the pressure is on for the government and local authorities to secure the logistics land needed to keep Britain trading.

Want to learn more about the challenges facing the logistics industry in cities? CiTTi Exhibition takes place on the 3rd and 4th of June at Coventry’s Ricoh Arena. Register your interest to attend at www.cittiexhibition.co.uk