Gary Thomas, group director at GX2 Technology Group – owner of Wheely-Safe, explores the issue of wheel security and the implications for fleet operators when working in and around increasingly densely populated city centres.

Despite advances in modern technology, the fundamental issue of wheel detachment continues to be a major concern for the commercial vehicle industry.

When a wheel becomes detached from a moving bus, coach, truck or trailer, it has the potential to accelerate up to speeds of close to 150km/h (93mph). This has been likened by academics to a bouncing bomb, that can soar up to 50m (165ft) in the air and generate an equivalent force of around 10 tonnes.

The most recent Transport Research Laboratory (TRL) report into wheel loss on commercial vehicles in the UK, published for the Department for Transport, estimated that each year there are between 7,500- and 11,000-wheel fixing incidents.

Of these, some 150 to 400 resulted in wheel detachments, with 50 to 134 causing damage, 10 to 27 leading to injury, and between three and seven resulting in a fatality.

Relatively small numbers perhaps but alarming all the same – and those are only the reported incidents. A quick Google search will tell you that such incidents are still occurring on a regular basis all around the world.

Only last year, Lancashire Road Police highlighted one terrifying episode when a wheel came off an HGV on the M6 and collided with an oncoming car. Amazingly, no one in that particular crash was seriously injured but the devastating images show exactly the kind of damage a detached wheel can cause. 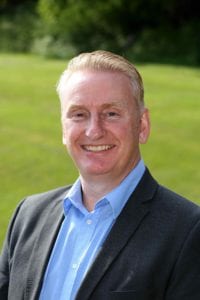 While vehicles may not be travelling at such high speeds around city centres, the implications of wheel detachment in these highly populated areas are possibly even more worrying.

Just consider the damage a bus wheel, for instance, could do on a crowded street of pedestrians or the chaos caused from a vehicle suddenly breaking down in the middle of a city road packed bumper-to-bumper with rush hour traffic.

There are many reasons why a wheel may come off a moving commercial vehicle.

Consider a standard heavy truck wheel fixing for a moment. There are typically 10 studs and nuts holding that wheel assembly on to the axle. The clearances that allow studs and rim holes to line up are generous so there is potential for movement – and you are reliant on nut heads and enough torque to hold the wheel in place.

As the wheel turns, it is subject to thermal expansion, vibration and axial forces. These forces load on to one or two studs in sequence rather than all 10 simultaneously. The effect is that those generous tolerances present a less-than-perfect mechanical set-up.

The TRL report suggested the standard design of wheel fixings required a thorough maintenance regime to “adequately reduce the risk of detachment”. However, even the best-maintained vehicles can still be prone to mechanical failure or human error.

Fleet operators have been trying to resolve the issue for many years, usually with brightly coloured indicator tags that alert the driver of a loosening wheel nut. But these tags only detect potential wheel losses on stationary vehicles. They are also reliant on the driver conducting their walk-around vehicle inspection which, as we know, doesn’t always happen.

It’s clear a new approach is required, and that the industry must look at the problem from a different angle. Only by monitoring the security of the wheel while the vehicle is in motion will we finally solve the issue once and for all.

This also allows for the monitoring of other crucial safety aspects of the tyre and wheel hub assembly, such as inflation problems and over-heating, giving fleet operators additional peace of mind and supporting duty of care.