Peter Golding, managing director of FleetCheck, questions whether 2020 is the year for urban fleet operators to make the switch to electric vehicles

There is a general feeling in the fleet sector that 2020 is the year that EVs could really start to make an impact.

There are a number of concrete factors behind this – so far, availability of EVs generally has been poor but manufacturers have promised increased supply this year; a wave of new models are being launched that should land squarely in the heartland fleet market, notably the VW ID.3; a 0% benefit in kind taxation rate for company car drivers is likely to be introduced, making them an attractive proposition as an employee benefit; and finally, there are clearly moves in several cities to enforce zero-emission air quality regulations, though this is patchy.

Alongside these points is a more emotional factor, that EVs are no longer unfamiliar. Most people know someone who runs one, probably happily. They are no longer strange and exotic to people brought up on petrol and diesel engines.

The question is, should fleets who operate in cities be making this move at this time? I’m going to look at this in relation to cars and vans separately because they are quite different propositions currently.

For cars, the answer is relatively easy. If you need to travel into city centres regularly for work purposes and public transport is unsuitable for any number of reasons such as a requirement to carry equipment or samples, then an EV can make a lot of sense as a company car for both employer and employee.

There are, however, a number of provisos to this. EVs remains generally more expensive to operate than petrol or diesel cars in pure costs terms. The reason for this is pretty straightforward – most company cars are leased and the biggest cost factor is depreciation. 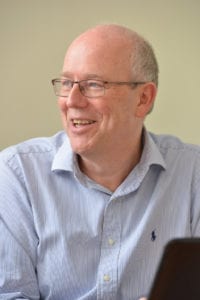 Because the used EV market is still relatively young, setting future residual values is tricky and most leasing companies are understandably erring on the side of caution. In fact, some are having the finances underwritten by the vehicle manufacturer.

Another factor is more practical. While EV ranges have increased massively in the last 2-3 years, it can remain an issue for some users. If you are a driver who covers maybe 20 miles to drive into a city centre three times a week, but also has to make a 250-mile round-trip frequently, then you need to think a little harder.

Why? Well, even if you have an EV with a very good nominal range, say 300 miles, this will fall pretty rapidly on the motorway, in cold weather conditions, and perhaps as the battery deteriorates over time. It means that you need to think in terms of the journeys you make and the availability of recharging in order to make them.

While the infrastructure is improving all the time, charger availability and reliability remains patchy in some areas including certain major cities and, of course, demand is increasing all the time. This doesn’t mean an EV won’t meet your needs, but it does signal that you need to do some homework before committing. It could be that a plug-in hybrid will be better for your travel profile.

Turning to vans, the situation is much less satisfactory. There are two major barriers – model choice is very poor and largely limited to smaller vehicles; also, if you start loading an electric van to anything like its specified payload, range plummets.

What this means is that, currently, using electric vans for any fleet is quite a limited proposition. Effectively, you need to be carrying small, light loads within urban areas for them to be practical. In effect, the market is several years behind electric cars.

Of course, the whole fleet EV picture is changing quickly and there is every chance that, between me writing this and it appearing before you, things will have shifted again. Longer term, I foresee these vehicles making up a substantial part of the fleet parc. Electric cars appear to be just about to make that leap for many users; electric vans are some distance behind.