UK autonomous mobility startup Wayve has announced a US$20m (£15.5m) Series A funding round to launch a pilot fleet of autonomous vehicles (AVs) in central London.

The investment was led by Eclipse Ventures, with participation from Balderton Capital and existing investors Compound, Fly Ventures and FirstMinute Capital, as well as several undisclosed organisation in machine learning and robotics.

According to Wayye, which launched in Cambridge and has relocated to London, this is the first time a European AV company has attracted Silicon Valley venture capital funding to lead a Series A investment.

“Furthermore, by locating the company in the UK, the team has access to an extraordinary talent pool and numerous complex testing environments.” 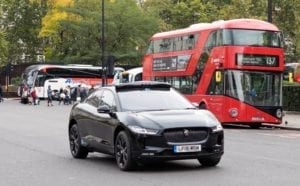 Wayve has secures US$20m (£15.5m) Series A funding to facilitate AV trials in London, one of the world’s busiest cities

The current trials in London are supported by insurance partner Admiral.

In Spring 2019, Wayve also demonstrated a self-driving car navigating on roads it had not previously driven using only cameras, a 2D map, and an end-to-end, deep-learning driving ‘brain’.

Wayve believes that existing autonomous solutions lack the requisite ability to detect and respond appropriately to potential hazards. This is why the company  has committed to building a general and scalable driving brain applicable to any driving environment.

Amar Shah, Wayve co-founder and CEO, said he believes that the complexity of self-driving cars will be solved by sophisticated AI ‘brains’, not by more physical sensors and hand-coded rules.

“The human brain has evolved over millions of years, computers have only had a few decades, but are catching up quickly.”