Lockdowns, remote working and stay-at-home orders have all combined to lead to a drastic reduction in the volume of people commuting since the pandemic first hit, with up to a third of residents in some cities ceasing to use public transport altogether over the last year, according to transit app and data business, Moovit, which surveyed the travel habits of people in over 100 cities across 28 countries.

Mind the gap
For London, one of only a few global cities not to receive state funding to support the operating costs of its transport network, the decline in passenger numbers has wreaked havoc, decimating the ‘farebox’ raised from tube journeys that had previously helped Transport for London (TfL) balance the books. The UK capital’s transport operator suffering a £3.4bn revenue shortfall, last year alone.

The first few months of the pandemic were particularly brutal, with TfL reporting a 90% drop in ridership and operating income during March and April 2020, leading to an inevitable downgrading of its credit rating in June by agencies such as Moody’s, which concluded that TfL’s “intrinsic financial strength has been durably and materially weakened” by the impact of Covid-19.

“During the first lockdown, which saw the most significant restrictions, tube travel was down to 5% of normal levels, and bus journeys down to about 15%,” recollects Patrick Doig, interim statutory CFO at TfL. To put that into context, Doig cites that prior to Covid, the biggest shock to TfL’s finances occurred during the financial crash of 2008 – when tube demand dropped by just 7%.

“[Covid is] a different order of magnitude – there’s just nothing like this on record,” he continues. “Over the last financial year, our passenger income fell to £1.6bn, two thirds down from the £4.8bn of the previous year. And that’s just passenger income – the pandemic has impacted congestion charge, advertising, and rental income, as well as business rates, so all our income sources are down. In total our income dropped by £3.4bn last year.” 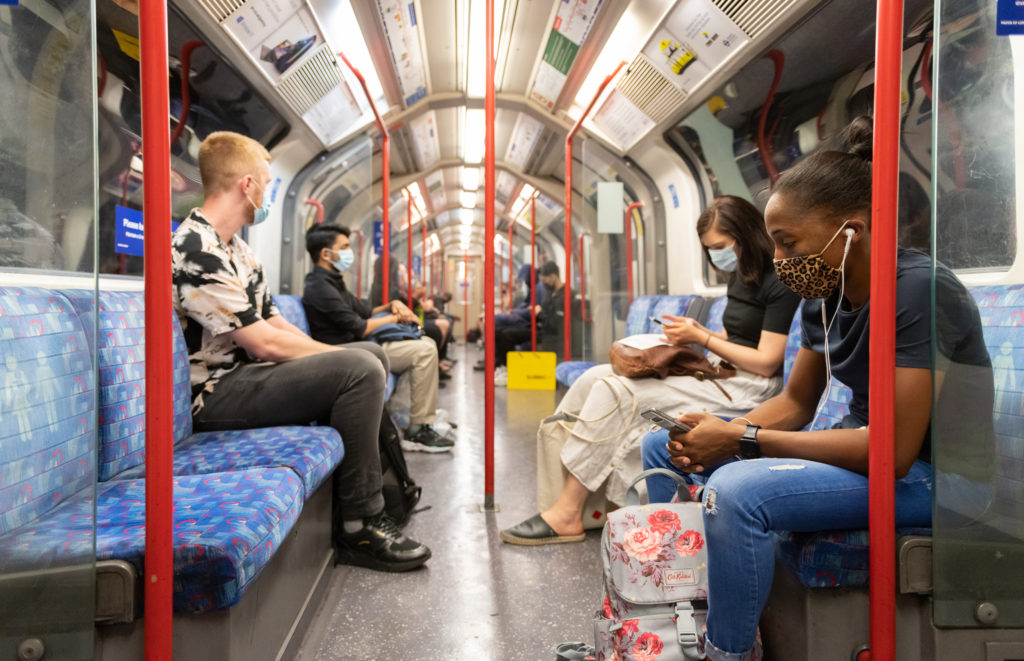 The UK government agreed a third funding and financing package for TfL in June worth around £1.08bn, ensuring the continued running of London’s transport network until 11 December

Alternative approach
To help cover its losses during the pandemic, the UK’s Department for Transport (DfT) has agreed three extraordinary funding and financing support packages with TfL (via the mayor of London), totalling over £4bn. In exchange, it has asked London Underground to push ahead with the introduction of more automatic train operation, in a bid to reduce costs.

However, a ‘Transport in London’ report published by London First, which represents businesses based in the capital, in partnership with transport consultancy, Arup, argues such bail outs are no more than a sticking plaster: “A continuous short-term cycle of funding negotiations with the Treasury is no way to run a transport network,” it says.

Instead, it suggests the capital needs far greater financial certainty and increased autonomy in matching its services and investments to its needs, while noting that even pre-pandemic, the city was unique in just how dependent it was on income from passengers.

“London is more reliant on fares than nearly any other major city,” remarks Arup’s Andrew Nothstine, associate director in transport consulting. “Most other city transport authorities receive much higher proportions of funding via local and/or national taxation, in recognition of their wider economic, environmental and societal benefits.”

In contrast to many other North American and European models, where local authorities have greater control over how they fund local transport needs, the UK follows a more centralised governance model, with minimal devolution of locally raised revenues or new taxation powers. “New York has a highly diversified funding model from a blend of many sources; while Paris has low fares but relies heavily on locally-generated employment taxes,” notes Nothstine. 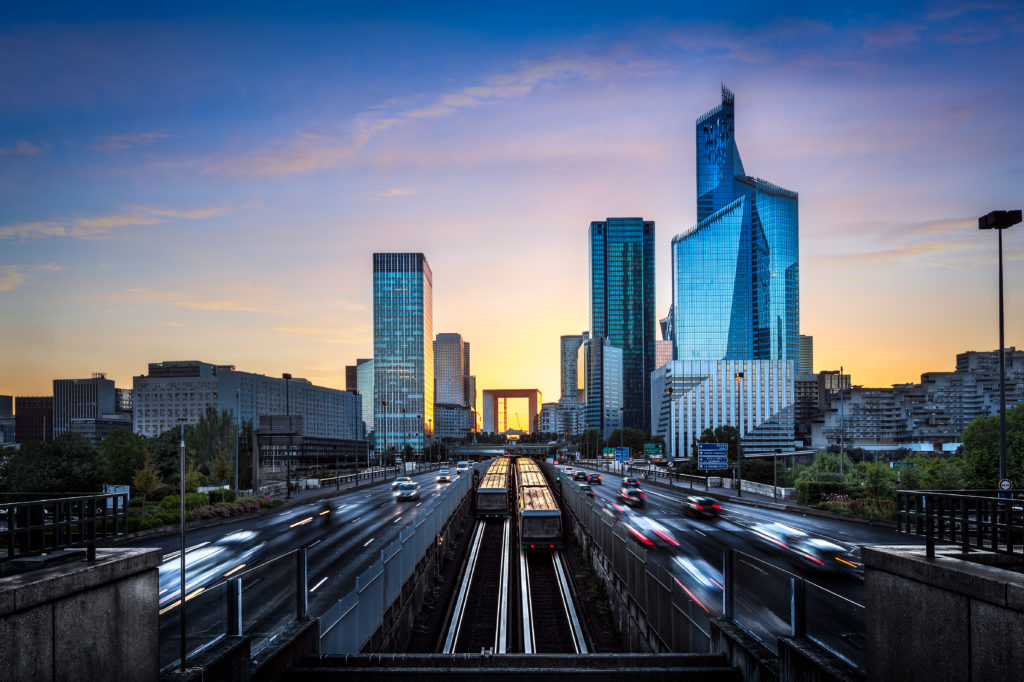 In the UK, Nothstine says the challenge is the lack of a ‘rules-based’ funding system for local transport, with solutions almost always viewed through a highly politicised lens: “Transport plays a central role in nearly every urban policy priority – decarbonisation, housing, economic growth,” he says. “Because of this, there is an emerging opportunity for a more holistic strategy to tackling these challenges that could have a corollary benefit of creating new revenue opportunities – for instance through carbon taxes, land value capture, and ringfencing a portion of the additional tax revenues generated by economic growth.”

Which lever to pull?
In its report, London First suggests a solution could be found by pulling on three key ‘levers’: Right-sizing the system to bring changing levels of demand in line with costs and revenues; securing new funding from traditional sources, such as general taxation or transport-related fares and charges; and finding completely new revenue streams from current road users.

The latter includes an annual membership fee for road users designed to ensure that those who drive into the capital pay their fair share for the maintenance of London’s roads; and the introduction of smart road user charging as a fairer, simpler and more flexible alternative to the current congestion charge.

“We’re going to need increased devolution of either powers or revenue,” says Adam Tyndall, programme director, connectivity, at London First. “Ultimately, London should be able to keep more of the money that is raised in London, or it should be given more power to raise more money in London. Alternatively, the mayor needs to pull the one big lever that he does have at his disposal, which is to do something more ambitious on road user charging.”

Public good
Dr Jenny McArthur, a lecturer in urban infrastructure and policy at University College London (UCL), urges central government to go beyond short-term rescue packages, and to start treating transport as a public service, no different to health or education.

“London has been pushed towards a ‘user pays’ model, but there is no other city with an integrated public transport network that has made that work,” she says. “Every other city has a subsidy, apart from Hong Kong, whose transport agency is actually more of a large-scale property developer. TfL doesn’t have anything like the same power to use development in this way. If we all accept public transport is a public good, then loss-making services are just part of the deal, in the same way that we have hospitals that are not busy all the time but are available when we need them.”

However, should central government fail to step up with more appropriate levels of funding in the long term, then McArthur echoes Arup’s Nothstine in looking to Paris for a solution: “Quite a large share of Paris’ transport funding comes from an employer levy, where businesses have to pay a charge towards public transport. If you’re an employer in central Paris that needs your employees to get to work, then you’ve got a good incentive to pay towards their transportation, because it’s a benefit for you.”

Political will
As a representative of big business, London First’s Tyndall bristles slightly at this suggestion: “It would be radical to give the mayor the power to introduce a Paris-style employment levy to specifically fund public transport, but I think it would be very challenging and I don’t get the sense that there is an appetite for it.There are countless potential options, however we decided to focus on what felt plausible in our report, given where we are with the politics, because fundamentally this is a political challenge, not an economic challenge.”

McArthur makes the subtle distinction that despite clearly being a ‘political’ issue, funding for public transport has fallen off the public’s radar: “For things to really change, there needs to be greater recognition of the issue by Londoners, and then by virtue of that, by their MPs. If you look at the big cuts that happened before Covid, there wasn’t much media attention or fuss made, despite the huge consequences for everyday travel. We need to reassert that public transport is critical, but until there’s widespread public recognition of that, the issue will struggle to get on the policy agenda.”

The danger, according to Arup’s Nothstine, is that without the required political will or public interest, transport in London falls into a death spiral from which it never recovers: “The biggest challenge is that we enter a period where the ‘decline cycle’ takes hold,” he says. “More home-working and local travel means lower revenues. Authorities will need to defer maintenance and undertake cost-cutting, which would impact the quality of public transport – leading to further decline. This is not theory – it has played out many times in cities across the world.”

London First recently wrote an open letter to the UK Treasury and DfT, warning of the dangers of service cuts as a response to the funding crisis, while adding that the system’s high fixed costs, particularly on the Underground in inner London, would mean any savings would be negligible.

“Estimates from US metro systems suggest that a 4% reduction in services would at best yield a 1% reduction in operating costs,” the report reads.

“These are the services that facilitate some of the highest value economic activity in the UK – London’s Central Activity Zone accounts for nearly 8% of all UK GVA – and some of the businesses hardest hit by the pandemic (retail, tourism, culture, hospitality). So even if there were significant savings to be found, service cuts would risk suppressing the economic recovery where it is most needed.”

Chain reaction
To date, each bailout from central government has covered approximately six months – leaving TfL unable to commit to the longer-term projects crucial to ‘building back better’ – the Covid-era mantra so beloved by politicians. Without more financial stability, TfL will have little option other than to cancel some or most of its plans.

“We have commitments and contractual obligations going out three, four or five years, on big capital projects that take a long time to deliver,” says Doig. “This makes it hard to manage our current projects, but we continue to do so. However, it’s almost impossible to start any new long-term projects, with such short-term funding certainty,” he warns. “Take the upgrade of the Elephant and Castle underground station, which could really help development in that part of London. We can’t commit financially to it currently because it’s a 10-year project – and we’ve only got six months of funding.”

Ultimately, Doig argues greater financial certainty, similar to that enjoyed by Highways England and Network Rail, would be of benefit to many outside of London: “About 50p in every pound of capital investment spent by London Underground ends up in other parts of the UK, not in London, because our supply chains cover the whole country,” he says. “As such, we’re hoping our case to secure a more long-term funding deal will be heard by government.”

This article originally appeared in the September 2021 issue of CiTTi magazine.