London-based electronic engineering firm Swytch Technology has announced the launch of a world-first, pocket-sized e-bike battery which turns any bike into an electric bike.

The new Swytch e-bike conversion kit, which will launching in May 2022, features a battery which is similar in size to a large smart-phone. The battery provides 250W of power and enough range for a daily commute, while weighing only 700g (1.5lb) it can be recharged in around an hour.

Furthermore, the kit is pedal assisted meaning that it provides power as riders pedal. The pedal sensor detects when a rider is pedalling, and the motor controller (contained inside the handlebar connector) draws power from the pocket-sized Swytch battery and powers a hub motor contained inside a front motor wheel. 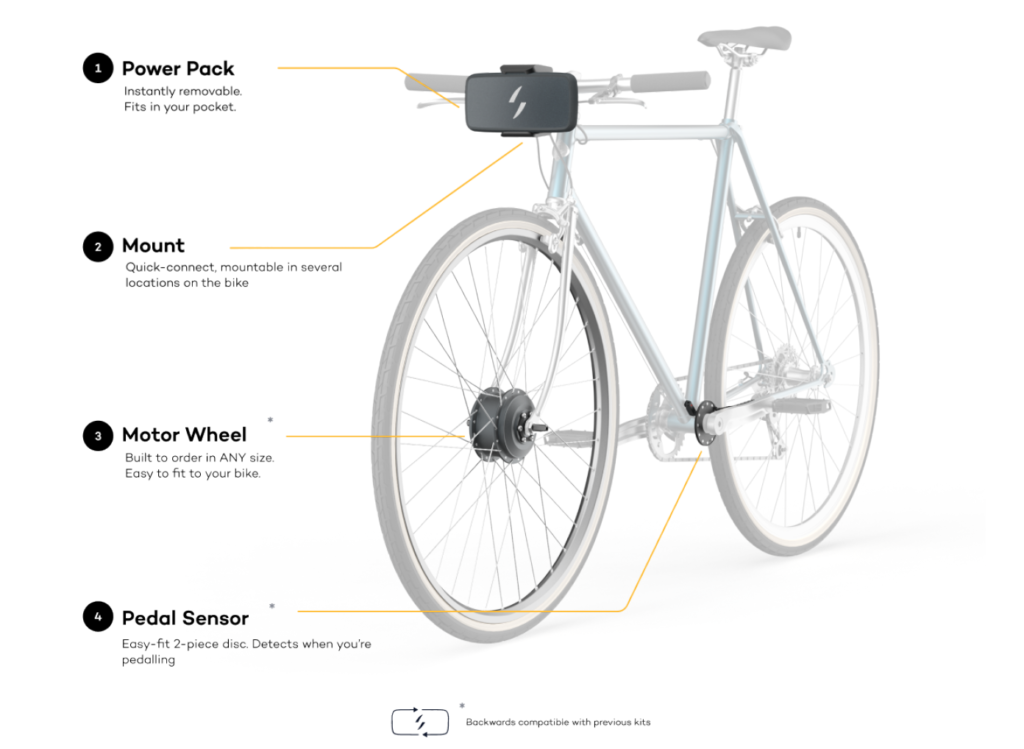 Riders swap in the front motor wheel included in the Swytch Kit, which is built to specified wheel size, before attaching the pedal sensor and the battery connector then clip on the power pack

Swytch added e-bikes should be lightweight, affordable and work like a regular bike whilst having electric functionality. Customers are able to up-cycle their existing bike, making it electric and reducing waste, the company said.

Additionally, the battery is described as flight-safe, allowing it to be taken in carry-on luggage.

Swytch’s CTO and co-founder, Dmitro Khroma, said: “Our new improved Swytch Kit is a game-changer. It is going to totally disrupt the eBike industry because it is so much lighter, smaller and more affordable than anything else out there.”

The new Swytch Kit will be available to pre-order.