Due to open later this year, the hub will initially feature 38 fast and ultra-rapid chargers in a single site with up to 10MW of power. There are also plans for the site to scale up, meeting demand for EV charging in the area over the next 20 years.

According to the project, unlike other UK charging hubs the site at Redbridge Park & Ride is directly connected to the high voltage national electricity grid. This enables it to provide the power needed to charge hundreds of EVs at the same time quickly, without putting strain on the local electricity network or requiring costly upgrades.

Tom Hayes, cabinet member for green transport and zero oarbon Oxford at Oxford City Council, said: “For Oxford to go zero carbon by 2040, we need to electrify a lot more of our transportation. As an innovative city embracing technologies and change, Oxford is the natural home for the UK’s largest public EV charging hub.

“We are excited to be taking a major step forward in the completion of Energy Superhub Oxford, working closely and superbly with our private sector partners.” 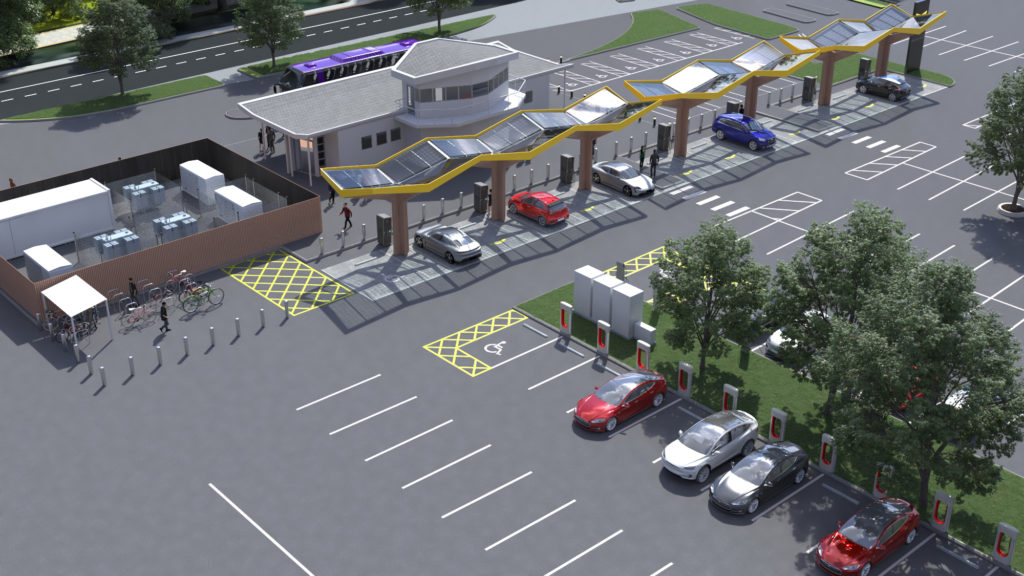 Fastned will install 10 chargers at the Superhub with 300kW of power, Wenea will deploy 16 7-22kW charging points, with Tesla supplying 12 250kW superchargers available for Tesla owners

European EV fast charging company Fastned will install 10 chargers at the Superhub with 300kW of power, capable of adding 300 miles of range in just 20 minutes.

The station will be powered by 100% renewable energy, partly generated by the company’s solar roof. Fastned said its station is suitable for all makes and models of EVs.

Furthermore, the hub is the first of many similar sites planned across the UK. Matt Allen, CEO at Pivot Power, added: “Our goal is to help the UK accelerate net zero by delivering power where it is needed to support the EV and renewable energy revolution.

“Oxford is one of 40 sites we are developing across the UK, combining up to 2GW of battery storage with high volume power connections for mass EV charging.”