Jason Wall, CEO of A-to-Be USA, explains why the USA has so far lagged behind Europe in the implementation of smart cities, and why Covid-19 could be the catalyst for uptake of the concept.

For the last decade, the USA has lagged behind Europe regarding the implementation of smart cities. Although many areas of Europe were already suffering from the financial crisis before Covid-19, the continent has weathered many economic crises since World War II, setting up a culture that is more compatible with public-private partnerships.

Whether its internet-connected home devices or broad city upgrades, Europe has proven time after time that it will invest in new technologies and find ways to empower businesses to partner with nation-states for the benefit of all.

Moreover, Europe, who experienced and existed the industrial revolution before the USA, had to move faster to clean up its environment after years of wear and tear and has politically accepted smart cities to encourage renewable energy and sustainability, which is still a hot button political issue in the USA – exemplified recently by the deep political infighting created by government bailout package proposals.

After exiting the Industrial Revolution before the USA, Europe was ahead of the curve in cleaning up the wear and tear the revolution put on the environment. While Europe tied smart cities to renewable energy and sustainability, the USA has been slower to adapt sustainability and renewable energy as highlighted in the Covid-19 stimulus discussions.

But in the age of the Covid-19 outbreak, the USA must consider new technologies and the true implementation of Mobility-as-a-Service (MaaS) in the form of smart cities to maintain social hygiene and distancing, create new jobs, and ensure the economic vitality of transportation network during health crisis. Unfortunately, Covid-19 is not the first nor the last major outbreak, and there are many lessons to be learned from this crisis that the USA must heed to be prepared for the future.

Take for example tolling booths across the USA, particularly in Maryland, Virginia, and Florida, which have been shut down because operators in a tollbooth can unknowingly contract or spread the virus. As a result, states will miss out on much needed infrastructure funding.

Automatic toll payment machines (ATPMs) could slide right into existing tollbooths and gantries, collecting all forms of payment and protecting employees from being exposed to the elements at hand. Job numbers would remain the same or even increase as ATPMS link to back-office systems and manage customer service centres while needing standard maintenance by employees.

ATPMs are just one example of a product that has become regular in Europe but is still waiting full acceptance in the USA. Although the USA has a long history of technology leadership worldwide, it woefully lags behind Europe relating to smart cities. For the first time, in 2017, the USA made a push toward smart cities with a US$160m commitment to invest in cities nationwide implementing these new technologies. In contrast, Europe has invested over US$18bn in smart cities since 2014. 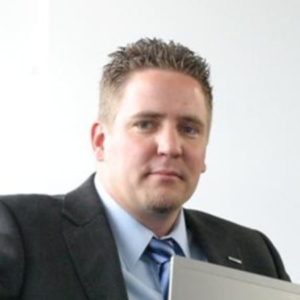 The USA has been slow to adapt to smart cities for many reasons:

1. Many cities began pilot programmes, a fad in the 2000s, without accurate planning or ongoing phases that would ensure permanent developments. US cities are typically looking for a proof of concept trial before signing contracts and making anything permanent, however, firms investing in bringing MaaS to smart cities are often left in limbo with no way to reap the financial results of what they sow. ‘Pilot purgatory’ is a commonplace situation that most pilot providers find themselves facing.

2. Another issue the USA faces is rising housing costs in major metropolitan areas, which have been pushed by higher gasoline prices, driving Americans to move to closer to work, and low-interest rates, empowering homeowners to purchase more expensive properties. Because more and more Americans are becoming ‘house poor’ in urban areas, these areas are unable to focus on implementing smart city discussions and further investments.

3. US cities are also locked into data silos, as governments are not yet sharing information amongst each other or with state governments. Some of this is related to US procurement activities, which are not consolidated within states or even cities at times. City planning frequently does not include data-agnostic measures, locking cities against each other in terms of data sharing. Moreover, data breach concerns are a major hurdle for cities that are already struggling with limited resources to manage citizen data securely.

4. Finally, there is a huge shortage of quality workers at the city level related to data science and back-end technology skills. Because city governments are known for paying employees lower salaries, the most talented developers are working at big tech firms in major cities, to pay expensive rents and advance salary potentials. There are not yet great incentives for data experts who could drive smart cities to work at the local level rather than in the private sector.

Aside from creating smarter, cleaner, more efficient ways to travel, smart cities in the USA could create a positive impact on the economy very quickly. By 2040, the majority of the world’s population, including in the USA, will be working in cities. By 2025, cities that deploy smart mobility could cut commuting times by 20% on average, and the development of the smart city spending market worldwide is valued at potentially US$2.5tn by 2025.

Finally, if the USA was to implement smart parking solutions today, cities could generate a 30% increase in revenue through parking alone. The USA should participate in this emerging market creating jobs and propelling better lifestyles for everyday citizens.

To try to encourage smart cities, the US Department of Transport (USDOT) has created Smart City Challenges, awarding money to cities that are willing to reshape their transportation systems. In 2016, Columbus Ohio won the first challenge and will receive up to US$40m from the USDOT, US$10m from Vulcan, and raise another US$90m through private equity partners to execute its plan. Columbus competed against 77 cities nationwide and other cities given honourable mention included Pittsburgh, Indianapolis, Miami, and Augusta, Maine.

Still, these cities do not compare to the longstanding efforts of smart cities in Europe led by London, Lisbon, Paris, Amsterdam, and Copenhagen. Through ecosystems like the Portuguese one, enabled by Via Verde, for example, citizens can streamline payment systems, carrying one form of payment to park, pay tolls, buy food, ride buses, and even discover carpool networks.

As the USA looks for a major economic turnaround, as well as a way to keep areas sanitised and simple, smart cities are the way to go. Making payment methods simple, reducing the need for cash and multiple credit cards, and allowing customers to move throughout their day without interacting with others that could be spreading sicknesses are all benefits of smart cities that the USA desperately needs.