Among many other issues, the saga of the negotiations between central government and the mayor of London on the funding of Transport for London has brought to the fore a long-debated concept – road pricing, writes Silviya Barrett, head of policy, research and projects at Campaign for Better Transport…

Academics and policy experts have promulgated the benefits of charging drivers for road use directly for decades. It promotes more sustainable modes of travel, an uptake of cleaner vehicles and can reduce traffic congestion and air pollution, thus improving the public realm for all road users. It also raises revenue to fund road maintenance and sustainable transport alternatives on affected routes. However, additional charges for driving are never popular, and politicians have struggled in the past to gain public support for such schemes.

Road pricing in London
So far, London remains the only UK city to have introduced road pricing schemes. It has had the Congestion Charge (CC) since 2003 and the pollution-based Ultra Low Emission Zone (ULEZ) since 2019, both in central London. The latter is due to be expanded to the North and South Circular Roads in a year’s time.

Like most public transport providers, Transport for London (TfL) revenue has been severely diminished during the pandemic. The government has required a fundamental review of its financing arrangements and made a number of specific ‘demands’ in exchange for funding, including changes to the CC and concessionary fares. These were eventually omitted from the final agreement – for now.

TfL’s first financial package in May already required TfL to increase the daily charge and its hours of operation. This was reasonable, as the CC’s basic terms had remained unchanged for years and changing travel patterns had led to increasing congestion at weekends and in the evenings.

The negotiations for a second tranche of funding included a requirement to expand the Congestion Charge Zone to the expanded ULEZ boundary. The terms of reference for the government’s financial review of TfL already included options for more fundamental “changes to road user charging schemes”. But given that the existing CC is already fraught, why the government has been suggesting its extension is frankly perplexing. 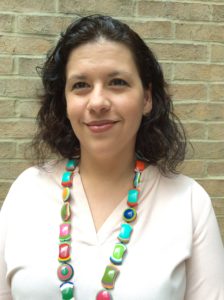 The extension would have captured an additional half a million journeys a day. Drivers would have been charged £15 a day – whether they were making a 20-mile round trip to visit friends, or a two-mile journey taking an elderly relative to a hospital appointment – those driving more polluting vehicles would pay an additional £12.50 under the ULEZ. Such blunt tools are inherently unfair.

In a previous report, I explored how such a scheme could work. The technology is already available and issues like privacy can be addressed relatively easily. It would improve traffic flow for all road users and air quality for residents.

Instead of batting back continued government’s demands, Sadiq Khan should take this opportunity to fast-forward a smarter, fairer and more ambitious distance-based scheme, which was already proposed in his long-term transport strategy. Introducing it in London would provide helpful lessons for other UK cities to consider road pricing as an option.

National road pricing
Central government would be well advised to reconsider a national road pricing scheme too. With revenue from Vehicle Excise Duty and fuel duty set to decline further with improved fuel efficiency and cleaner vehicles, the Treasury should be looking at alternative systems for vehicle taxation. A variable distance-based charge would account for different levels of vehicle emissions as well as different types of roads, helping to plug the hole in projected revenue.

Crucially, local and national schemes could exist in parallel but are two distinctly different propositions. Local road pricing schemes by law can only be set as mitigation for congestion and pollution, with revenue collected by local authorities and reinvested in transport infrastructure. On the other hand, a national scheme on the Strategic Road Network, with rates set by the Treasury, would be purely revenue raising towards general taxation and replacing the existing system.

The upcoming Spending Review, albeit now for a one-year period, can take the first step and commit to a review of incentives and taxation related to road transport, with a trajectory for future reforms.