A decision on the type of clean air zone (CAZ) to be implemented in Bristol will be made on 25 February in a council cabinet meeting, with maps of both options released.

Under the first option, the CAZ would cover a small area of central Bristol where older, more polluting commercial vehicles and private cars would pay to drive in the zone.

The second option is a larger charging zone, illustrated in the map below. 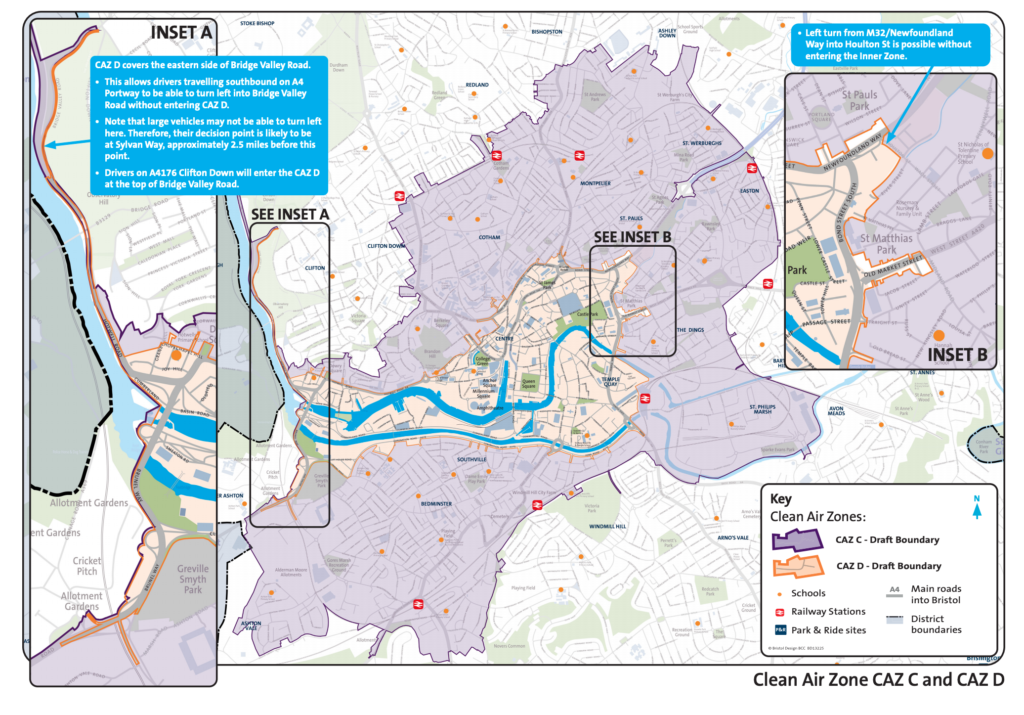 As previously reported by CiTTi, Bristol City Council said it had hoped the city would be able to reduce air pollution levels with a changing pattern of behaviour.

However, data and modelling has shown that a CAZ is still required to deliver compliance in the shortest possible time as required by the UK government.

Mayor of Bristol, Marvin Rees, told Bristol24/7 that the council had both a moral and legal responsibility to deliver a plan for tackling air pollution, but said he had always stressed to the government that a CAZ was a “very blunt tool”.

“As we begin to introduce CAZ, we have to do it with a mind to the impact on household incomes and the impact on businesses,” said Rees.

“We have been making that case from the beginning. We want a just transition; we do not want the burden falling on those who are most vulnerable.”

Following the council’s decision, the plans will go to the government’s Joint Air Quality Unit on 26 February.