Transport for London (TfL) is on the brink of running out of money and not being able to pay staff, the mayor of London has revealed.

Speaking to BBC Radio London, Sadiq Khan said TfL services could be cut “because we can’t pay people” unless the government provides help.

Ministers entered into talks with TfL over a week ago about financial support and suggested a bailout was likely.

“To be fair they get the point because they have the same issue around the country,” he said. 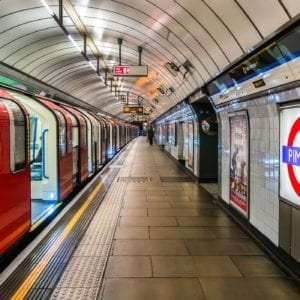 TfL no longer receives government grants and relies on fare revenue to support itself.

However, this income has plummeted during the coronavirus lockdown and TfL has been using cash reserves to keep running, the mayor said.

Since the lockdown, there has been a 95% cut in people using the Tube, while the number of bus passengers has dropped by 85%.

Furthermore, following a policy change on buses to switch to middle door only boarding for safety reasons, passengers were told they no longer need to tap in and out – making the services free.

According to the BBC, it costs £600m a month to run London’s entire transport network.