British bicycle manufacturer Raleigh has partnered with The National Trust to help the charity reach its carbon net zero goal by 2030.

To reduce reliance on diesel-powered vehicles, Raleigh has donated several e-bikes and e-cargo bikes across 11 of the National Trust’s sites to change the way they carry out some of its daily activities.

The bikes are designed to support and enable staff and volunteers to move around the grounds easily, while reducing the National Trust’s carbon footprint.

Raleigh added the use of e-bikes and e-cargo bikes can be a talking point with visitors, enabling staff to speak to the public about the Trust’s environmental ambitions. The bikes will be used for short journeys that don’t need a vehicle to fulfil the job, such as unlocking gates and taking small loads from one area to another. 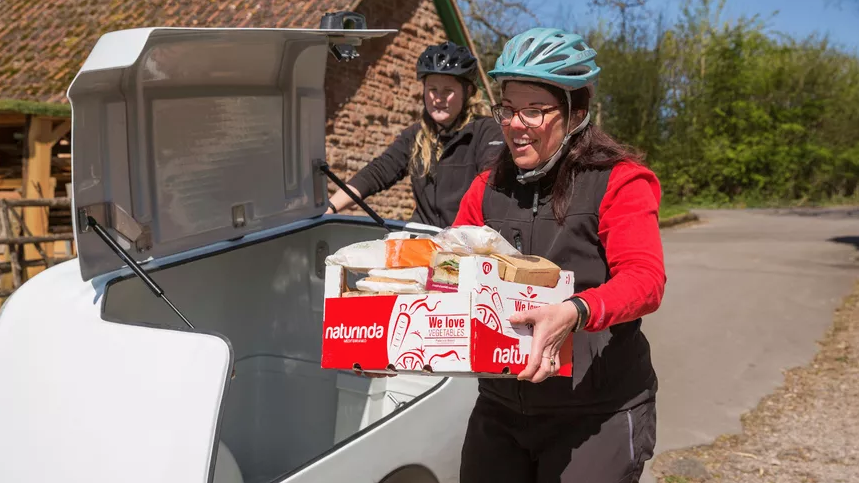 The e-bikes are a mixture of Raleigh’s Motus model and Haibike eMTBs. Some properties will be using the e-cargo bikes to transport goods and tools, Raleigh said this will help the National Trust properties to work all year round.

A Raleigh spokesperson, said: “For the National Trust, the use of eCargo and eBikes are more than just a means of getting from A to B.

“By using electric bikes as part of the normal working day, staff and volunteers can go about their work whilst connecting with nature and helping bring down their climate footprint. Plus, did we mention that riding a bike is just plain fun?”

The bikes will be introduced to sites including including Tyntesfield in North Somerset, Blickling Estate in Norfolk, and Lyme Park in Cheshire. National Trust Rangers in Snowdonia will also transition to the Raleigh e-bikes as part of the project. Watch the video below: