SEAT has announced the development of infrared glasses that track a driver’s gaze to create safer interaction with the central console of a vehicle.

The Eye-Tracker glasses enable a computer to detect the position of the iris through infrared sensors in the lenses and a camera in the centre of the frame. A complex 3D eye model algorithm then interprets the data to obtain the exact viewing point.

According to SEAT, the technology allows for a precise study of human interaction with a range of devices, including infotainment systems and mobility apps. 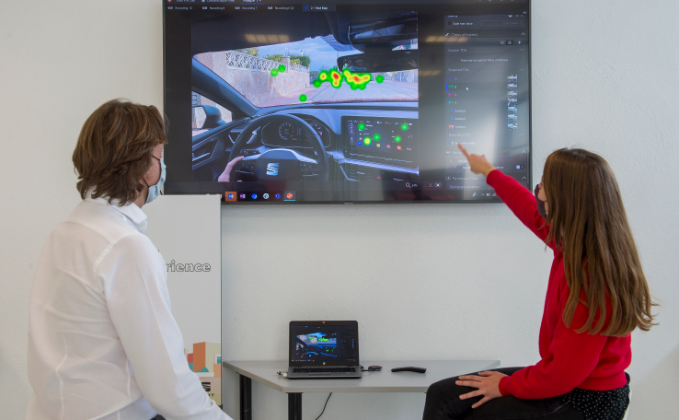 The company is currently piloting the glasses with selected users with different profiles who wear the glasses whilst driving a SEAT Leon.

Rubén Martínez, head of smart quality department at SEAT, said: “We’ll ask them, for example, to turn up the temperature or change the radio station and we’ll analyse which part of the screen they’ve directed their gaze at first, how long it takes them to do so and how many times they look at the road while interacting with the device.”

The behavioural patterns of the driver’s gaze will be obtained through different indicators. A heat zone indicator shows intensity of focus while a red spot indicates the highest number of impacts. 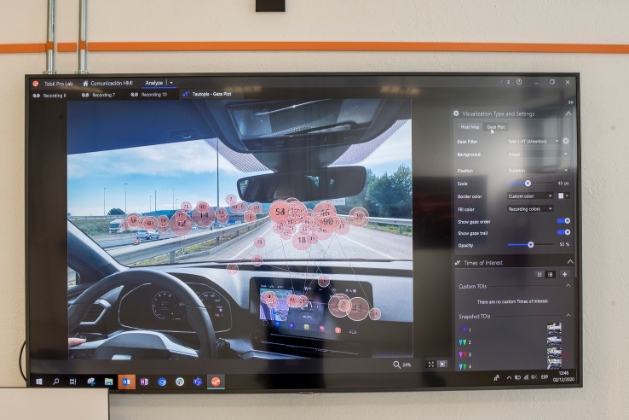 Furthermore, SEAT will study the order drivers look at each function. Martínez explained: “We may think, for example, that the lower part of the screen is the most accessible, but with the Eye-Tracker glasses, we can discover that, for whatever reason, first they look at the upper part.”

SEAT said the usability patterns could help the company to develop future central consoles and determine the location, size and distribution of information.

“This technology will help us humanise the interfaces, improving the user experience. With it we’ll certainly go a step further in the quality of the infotainment console of the future” Martínez concluded.