Mike Keegan, strategy and planning manager for city planning at Transport for London, and a managing consultant in its consultancy team, reflects on two decades of key policy decisions and explains how the organisation is using its experience to help other cities worldwide tackle their own complex transport challenges.

Transport is at the heart of everything that happens in London. Every day, around 30 million separate trips are made across the city, helping people to commute, travel to school, meet up with family and friends, and helping goods get to clients and businesses in time.

Like most major cities across the world, London’s population is continuing to grow, with the forecasts predicting an increase from 8.9 million Londoners today to 10 million by 2030. This predicted increase, the equivalent to the capacity of a tube train every three days, means that having accessible, convenient and affordable public transport is key to keeping London working and growing. 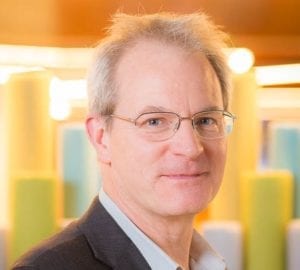 While public transport has been around in London for many years, it was only in June 2000 that various elements were brought together to create a single strategic transport authority for London, namely Transport for London (TfL). Ever since TfL was formed, its primary focus, along with running most of London’s public transport services including the tube, bus services, and the city’s strategic roads, has been to encourage more people to use healthier modes of travel and increase the number of journeys made by walking and cycling across London. 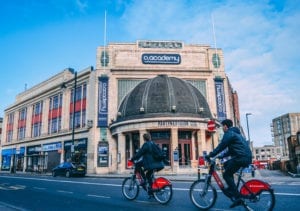 The mayor’s Transport Strategy aims for 80% of all trips in London to be made on foot, by cycle or using public transport by 2041

TfL is committed to creating a fairer, greener, healthier and more prosperous city. The mayor’s Transport Strategy aims for 80% of all trips in London to be made on foot, by cycle or using public transport by 2041. To make this a reality, TfL prioritises health, safety and the quality of people’s experience in everything it does.

For much of the last two decades, London has seen steady, sustained population growth, which fed through to increased demand for travel. As London’s economy continued its shift from manufacturing to services, usage grew particularly significantly on the key public transport networks that provided access to the growing employment opportunities in central London.

TfL aimed to cater for this through an ambitious and sustained investment in the bus network, while starting a tube upgrade programme to improve reliability and increase frequency on key lines running through the city. TfL also introduced ticketing innovations such as pay as you go with Oyster and contactless, as well as worked with the UK government to get suburban rail services across London devolved to the city, allowing for the creation of the London Overground as part of London’s integrated transport system. 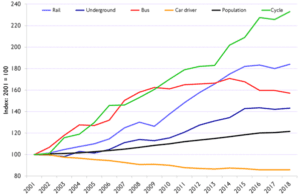 Graph showing the increasing number of people in London using public transport and the declining number of car drivers between 2001-2018.

Meanwhile, on the capital’s roads, traffic consistently fell, reflecting the impact of the Congestion Charge, which was introduced in 2003, and underlying an overall change away from the private car and towards more attractive public transport, walking and cycling. The introduction of a cycle hire scheme in 2010, as well as new high-quality cycle routes across London also means that within the Congestion Charge zone around 480,000km are cycled in central London every day!

Whilst some of these policy decisions may not have been universally popular, it is clear that they have delivered a general switch away from private cars to more sustainable travel. Between 2000 to 2016, total travel demand in London grew by 18.6%, largely reflecting population growth, and at the same time there was a 10.6 percentage point shift in mode share towards active, efficient and sustainable modes – broadly reflecting investment in these modes.

As proud as TfL is of the move to more sustainable travel, it accepts that there is still more that needs to be done to reach its wider aim of 80% of journeys being made by foot, cycle or public transport. TfL is constantly working to improve the city for everyone, as by making public transport more accessible, TfL can make people’s lives easier and increase the appeal of sustainable travel over private car use. 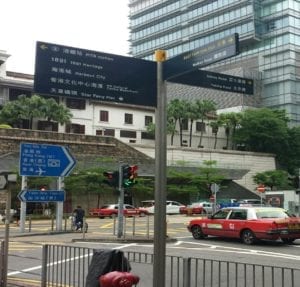 In 2018, TfL launched a three-year trial scheme in Hong Kong introducing signs almost identical to the UK capital’s Legible London signs in a bid to get residents out of cars and taxis and walking more

Now, TfL is also working to share its experience from the last 20 years, as well as its wider historical knowledge, with governments and cities worldwide who want to achieve the same goals as TfL has in London. TfL recently formed consultancy department provides this support, applying its experience in planning and running one of the most integrated transport systems to cities worldwide.

Unlike other consultancies, TfL’s team has direct experience of planning, delivering and operating transport in a global city. This means that it can partner with cities, regions, consultancies and transport operators around the world to help develop sustainable solutions based upon the individual requirements of the projects. TfL also draws on skills and expertise from across the organisation on a project by project basis, ensuring it can use expert knowledge to tackle complex planning and transport challenges.

As more cities look to get more devolved powers and create integrated transport networks similar to London, TfL is keen to ensure the positives and negatives that it has gone through over the last two decades are shared with others.

By doing so, TfL can help more people benefit from more accessible, convenient travel, and help create better cities for all.