The council’s cabinet said the Streetspace routes, which are designed to support social distancing and encourage active travel during lockdown, will be removed in the coming weeks.

This decision follows recommendations from the council’s Traffic and Road Safety Advisory Panel in late April. The council will instead look at potential road safety measures such as introducing speed reductions.

Furthermore, Harrow’s cycling strategy will also be reviewed to improve and expand existing infrastructure including quiet ways. Consultation will take place on the cycling strategy and all proposed speed and traffic calming measures.

Graham Henson, leader of Harrow Council, said: “It is clear from the statutory consultation undertaken over the past six months that there is little support for the cycle lanes and low-traffic neighbourhoods implemented as part of the national initiative.

“And so, the decision to remove these experimental schemes is the right one for Harrow – we will keep residents informed about when this will take place.

“We have listened to and understand residents’ concerns about how the schemes were implemented. Going forward the council will do things differently – engaging with our residents to shape projects before they are implemented.”

However, the London borough’s four experimental school streets trials, in which car access to school gates is limited at drop-off and pick-up times, will be extended for six months.

An action plan will be developed by officers to learn from the engagement so far and the council will take any relevant steps to address any problems highlighted through engagement with residents, parents and schools.

Are active travel zones good for cities? Find out in the May 2021 issue of CiTTi Magazine! 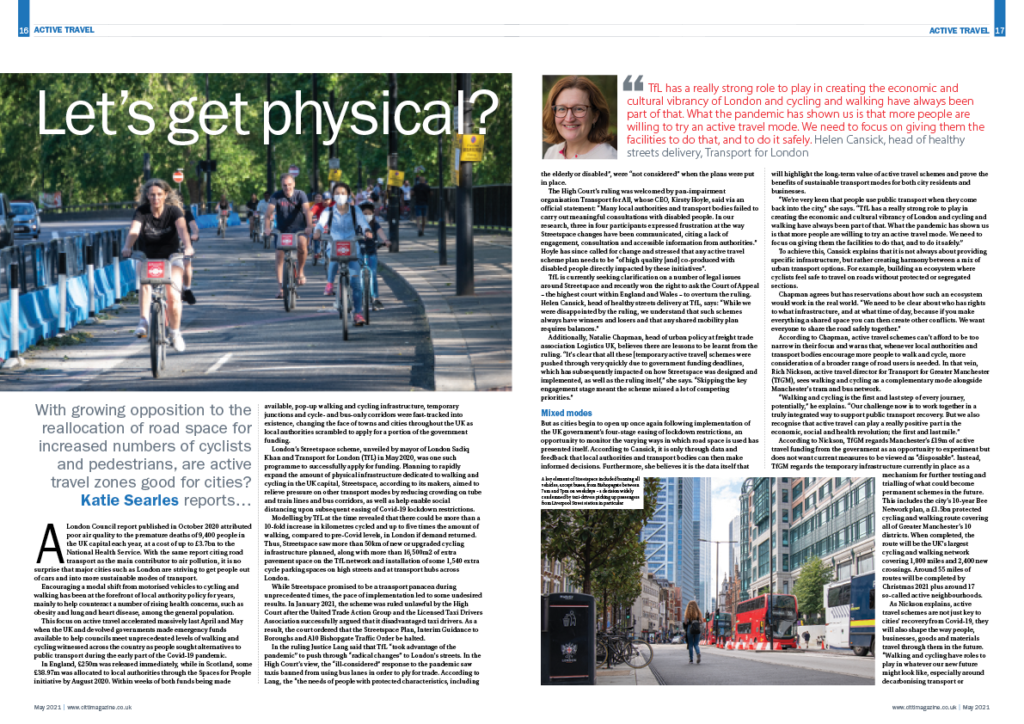