The trial was reportedly a world-first in the energy sector and demonstrated how autonomous vehicles can help Bp improve safety, increase efficiency and decrease carbon emissions at its sites.

The trial was conducted during both day and night, as well as in a variety of weather conditions.

Furthermore, Oxbotica said it was able to deploy its autonomy software platform and integrate with the existing infrastructure within two hours of arriving on site. 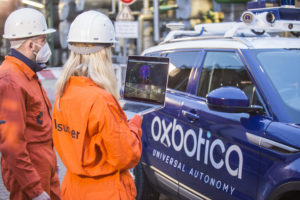 Ozgur Tohumcu, CEO at Oxbotica said: “As part of our first refinery trial in Lingen, we showcased how autonomy improves safety, reduces emissions and improves productivity.

“The investment from Bp will allow us to scale our autonomous software platform across the energy ecosystem with a number of planned use cases and unlock the true power of universal autonomy.”

Following the success of the trial, Bp said it also aimed to deploy its first autonomous vehicle for monitoring operations at the refinery by the end of the year.

For Bp, self-driving vehicles could enhance human operations and improve safety by increasing the monitoring for irregular conditions, faulty equipment and security threats, making it more frequent and around the clock.

Additionally, the autonomous vehicles’ enhanced analytics could help the site to reduce the size of its current fleet.

Morag Watson, SVP for digital science and engineering at Bp, said: “This relationship is an important example of how Bp is leveraging automation and digital technology that we believe can improve safety, increase efficiency and decrease carbon emissions in support of our net zero ambition.” 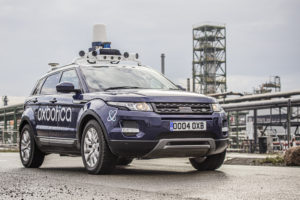 The trial was conducted both during both day and night

Beyond the trial, Bp said it believed Oxbotica’s technology could help it to create an inherently safer operating environment for field workers through its reliable, repeatable, and predictable application. It therefore recently invested US$13m (£9.5m) in Oxbotica.

The partnership will give Oxbotica access to Bp’s operations, retail sites and customer network.

“We are delighted to partner with a business at the forefront of the future of mobility that can modernise bp through autonomy and look forward to scaling the software across Bp’s ecosystem.”