Shell UK is set to open its first UK EV charging hub in central London as early as next spring.

The company plans to convert one if its conventional fuel service stations in Fulham into an EV charging facility, featuring 10 high powered 175kW charge points.

These ultra-rapid charge points can deliver power up to three times faster than rapid 50kW chargers, which typically charge from 0-80% in 30 minutes. 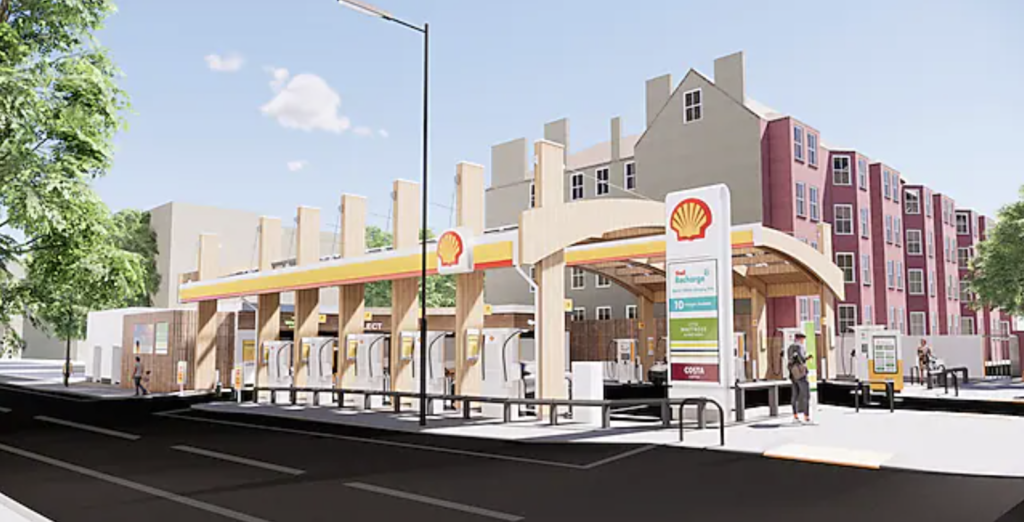 The converted site, designed by Bowman Riley, will feature solar panels built into the roof to provide the facility with renewable electricity

Additionally, the hub’s canopy will be constructed from sheets of timber glued together which use much less energy to produce and transport than steel. The company has released a video (featured above) showcasing architectural firm Bowman Riley’s plans for the hub.

Currently, Shell provides UK customers with access to a public charging network of nearly 8,000 EV charging points, including rapid and ultra-rapid Shell Recharge points on Shell forecourts. It also aims to install 50,000 on-street EV charge posts across the UK by the end of 2025, through its recently acquired company Ubitricity.