Some 27 electric refuse vehicles (eRCVs) have started operating on the streets of Manchester.

According to the council, the fleet of eRCVs is the biggest in the UK and will help reduce air pollution in the city. 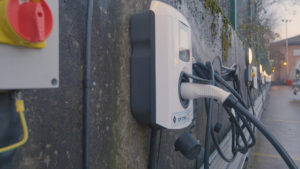 The eRCVs can complete a full shift on a single charge

The fully electric vehicles are also quieter than their diesel-powered counterparts and are designed for urban environments. The eRCVs can complete a full shift on a single charge.

Operated by waste management company Biffa, the vehicles are part of the firm’s ambition to be at the forefront of sustainable waste vehicle technology, with the eRCVs set to reduce nitrogen dioxide levels in the city.

Michael Topham, chief executive at Biffa, said: “We are delighted to be launching the UK’s largest ever fleet of electric refuse collection vehicles and supporting one of the UK’s top cities to become even greener.

“Biffa has a longstanding partnership with Manchester City Council, and we are committed to helping the city to halve its direct emissions by 2025.” 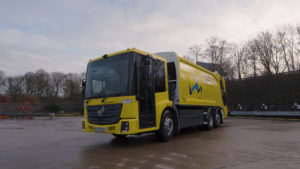 According to Biffa, its electric refuse collection vehicles will play a role in reducing emissions across the waste collection industry, as well helping the UK reach its 2050 net zero emissions target.

The waste management company said the phasing out diesel-powered collection vehicles and replacing them with new electric vehicles was a key part of reaching its target.

Its plan also includes more efficient collection routes to reduce the amount of waste sent to landfill, as well as further increasing investment in recycling.

Topham added: “We are confident this is just the start and we will see many more electric vehicles in action across the country in coming years.”